The contract manufacturer TEN fab (part of the TechnoSpark Group of Companies) opened up production of turnkey warehouse robots: company specialists embarked on serial manufacturing of their robot Ronavi H1500. 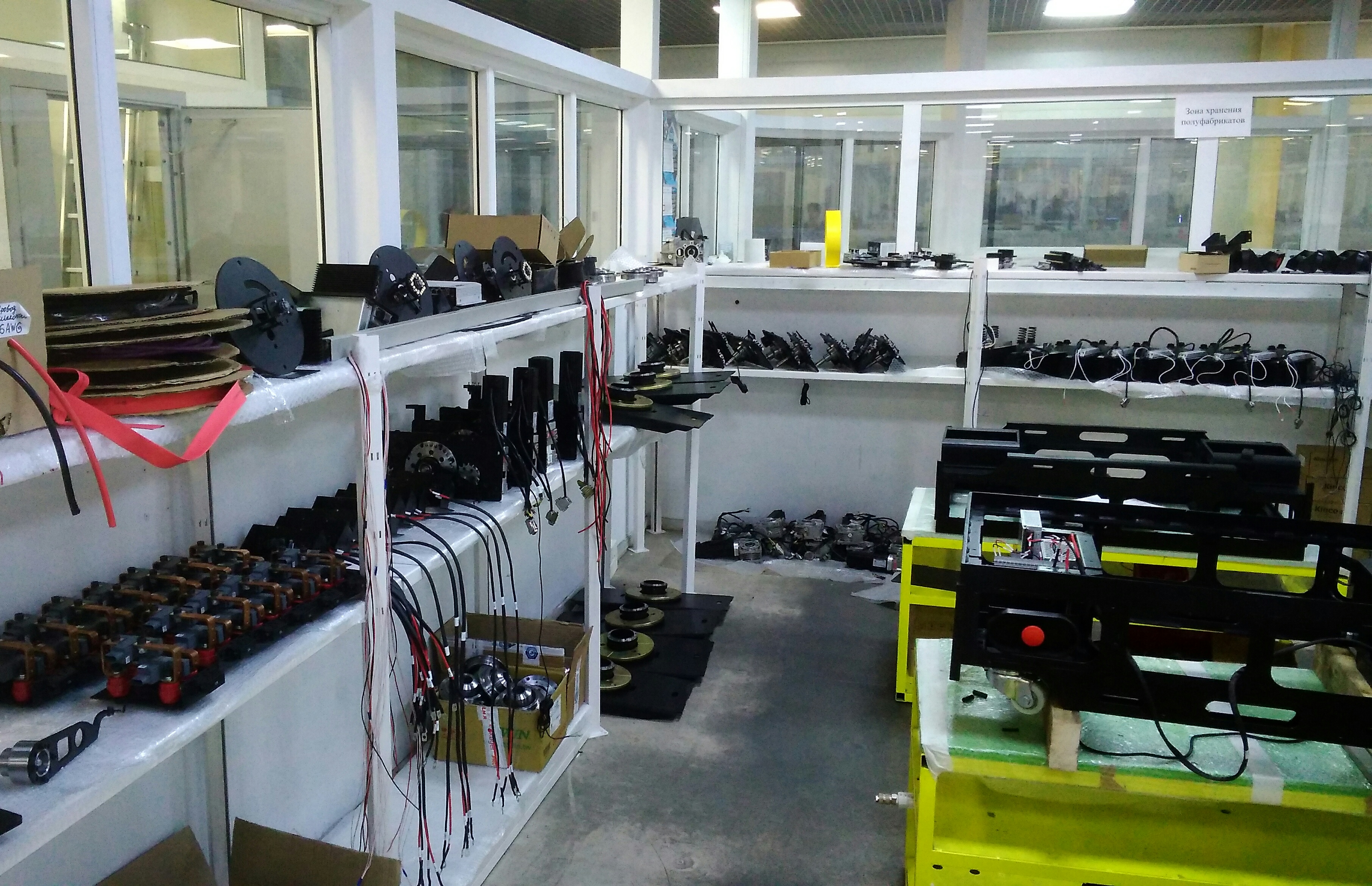 “It is one of the most challenging projects we’ve had, and it’s not only because of the technical complexity of the machines. We’d made a long way before we were ready to launch serial production. To start producing logistic robots, we had to engage all our technological sectors, and bringing their operation in alignment while simultaneously working on other orders took time. Besides, application of a large number of accessories required restructuring the entire operation procedure in the procurement division. Preparation of welded constructions was another time-consuming factor,”  Yury Bocharov, Commercial Director of TEN fab, said.

The basis of the robot’s body is its frame. It is assembled first. How precisely the frame is constructed (especially its lower belt) is under rigorous control since it directly affects operability and reliability of the robot. Steel billets for the frame are laser-cut in TEN fab. Then they are bent, sandblasted, put through fine treatment in CNC machines, and then welded. “To comply with the high quality standards of welds and final geometry of the frame, we designed a special slipway that ensures compliance with the design documents,”  Kirill Gorkov, Deputy Director for Production of TEN fab, adds. Further assembly of the robot is carried out after the frame has been inspected by the customer: components to assemble are the wheelbase, systems for lifting, navigation, power and recharging, voltage converters, control unit, QR-code scanners, safety system elements, external body and the lid equipped with a lidar cooling system.

Ronavi H1500 logistic robot is designed for handling cargoes of up to 1500 kg around the warehouse. The robot can move in any direction without moving its body (the wheelbase is connected to the frame rail via an electromagnetic coupling). The H1500 model is equipped with a combined safety system: each side of the robot body has a lidar and proximity sensors. Ronavi Robotics launched its serial production of robots in 2019 at two contract facilities (in Russia and the Netherlands) becoming the first Russian mass producer of logistic robots. In September 2019, Ronavi Robotics started offering the so-called logistic-robots-as-a-service package that allows a client to robotize their warehouse without any capital investment. At the same time the subscriber doesn’t have to bother about integrating the robots into the warehouse, technical maintenance and upgrading software required in robot operation.

The TEN fab company specializes in contract manufacturing and high-precision machining. TEN fab has all the production cycle fully covered, from the initial design of items to preparation of design documentation and serial assembly.