No use turning entrepreneurs into salaried managers / Izvestiya 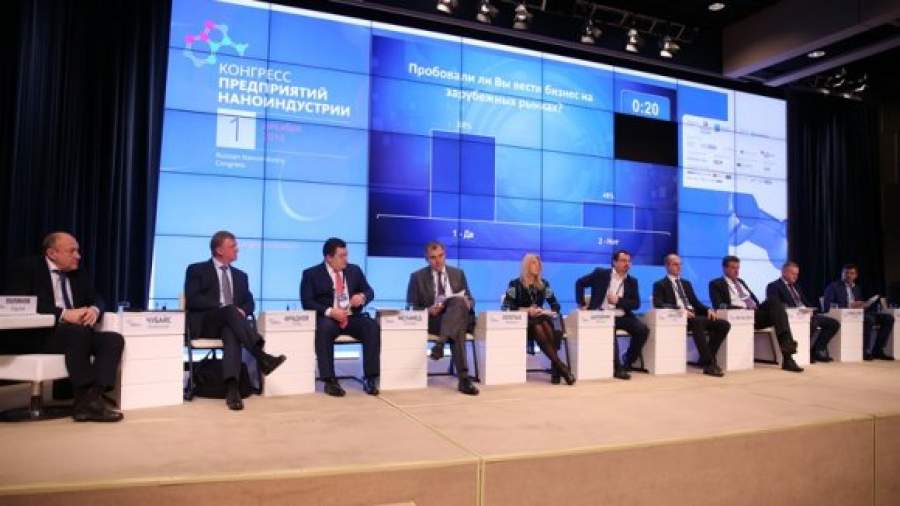 From the perspective of the state authorities, it is important to be understood that it does not pay to turn entrepreneurs into salaried managers

The Fifth Nanoindustry Congress, Natalia Slipets, the Izvestiya correspondent, carried on a conversation with Denis Kovalevich, co-founder and CEO of TechnoSpark nanotechnology center, Paul Van Dun, General Manager of KU Leuven R&D, and Attila Szigeti, co-founder and CEO of Drukka Startup Studio, about the innovation pipeline concept, the way for universities to cooperate with business, and the government participation in supporting nanotechnology.

— The first workshop is called the Technology Entrepreneurship Evolution: from Lone Heroes to Startup Building Conveyor. What does it mean? Do you suggest hiring a lot of managers to enter serial production?

— The innovation pipeline idea does not imply hiring managers or engineers. The science and engineering are not directly converted into business. For a country, excellent training standards do not necessarily mean direct correlation to business. It is exactly entrepreneurship that acts as an intermediary connecting science and economics, while an entrepreneur is the core element, notably a scarce one. In Russia, the number of qualified engineers exceeds the number of prosperous entrepreneurs. It will take 40–50 years to solve the problem of their appearance in a natural way, as it occurs in Europe. Today, if we want to create a new technology business, we have to deal with the entrepreneurship deficiency. The innovation production conveyor can redress this shortage.

A traditional startup builder tries to reproduce a big company model. On the one hand, the pipeline idea is to assign tasks among a lot of domain experts focusing on specific issues within the framework of business creating and operating. On the other hand, their work result is not a single company, but many of them, each playing a certain role within its technological chain.

The people entering this system are not employees since they come not for a salary, but because they are capable of doing business in cooperation with others, not alone. With a group of 30 people, the entrepreneurial pipeline makes it possible to develop 1000 startups in 10 years, while opportunities of a single entrepreneur are limited to one or two startups to be developed for the same period. They perform much more efficient provided that they don’t need to be generalists. 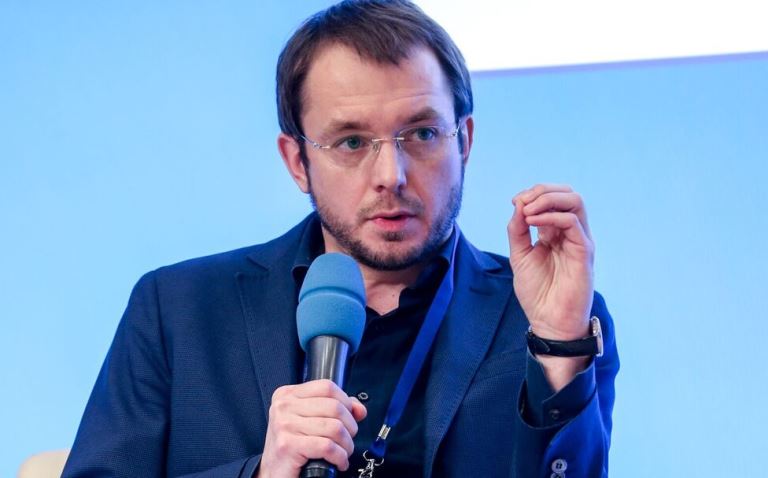 — I often hear about cooperation failure regarding to science and business in Russia.

— First of all, we strive to establish a fairly close communication between business persons and university staff. It is aimed to exchange views, experience and knowledge easily rather than to discuss specific plans for cooperation. For example, we organized such an event for 20–30 entrepreneurs and scientists. It is not necessary to have more people attending the meetings of this kind. An hour is spent by a scientist to speak about trends and new discoveries, another hour is given to a businessman to share a project development ideas, finally followed by the discussion on how to develop the project from the point of science and industry.

As for specific cooperation with business, we face the same problems as everyone else: in nine out of ten cases, they are not interested in our researches. But we need to keep searching not only in our own market, but also in the markets of other countries. One speech technology represents an example when we had searched for support in different countries for a year and a half, and finally found it in Canada. The world is big enough, you just need to go forward looking for those who think and act the same way. 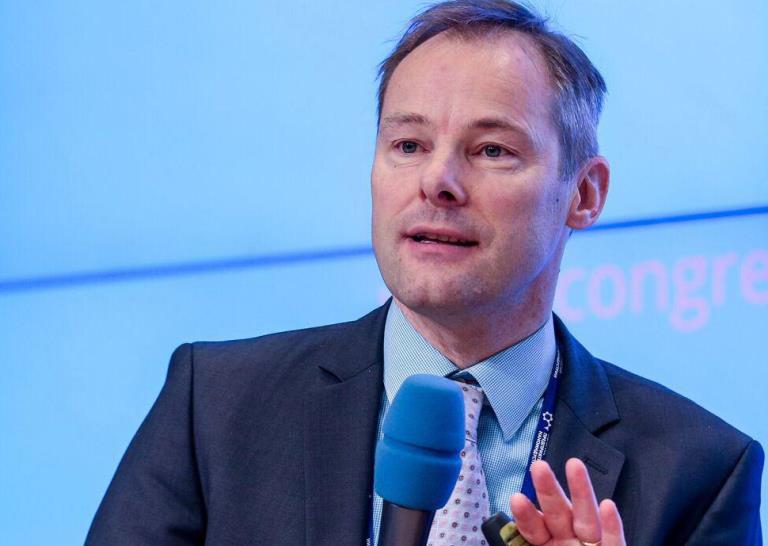 — You said that there was almost no cooperation between science and business in Russia. What is the reason and how the problem could be solved? Should the universities cooperate with business?

— In the Soviet Union, almost all applied science was withdrawn from universities to enterprises. Currently, we are trying to get it back: the laboratories were created in partnership with ITMO University, Moscow State University and St. Petersburg Polytechnic University. It is considered to be the next step for the Fund for Infrastructure and Educational Programs (FIEP) currently developing a whole nanotechnology center in partnership with ITMO University and the Polytechnic University. Paul has not mentioned one more important thing. Leuven managed to become one of the largest European innovation clusters by virtue of an outstanding decision: the rector position was given to the entrepreneur who had already earned several million from selling several companies by the moment of his appointment.
Of course, entrepreneurs should spend time communicating with universities, but universities should also do their best to learn how business works. Scientists are often not well-disposed themselves because of deadlines, risks, and the work required to be fulfilled in the way as cheap as possible. We will succeed only when this approach wins and universities don’t wait for entrepreneurs to come and do everything by their own.

— What is the situation with young startup entrepreneurs and nanotechnology centres in Europe? What are the current startup trends?

— I know Italian and the USA examples of studios working with universities on the latest developments and technologies, aiming to help the university enter the market with its inventions. As for the trends, it is definitely a virtual reality (VR). Projects are created to be used in public healthcare, design and production. VR applications closely related to the product manufacturing are also created. I expect this to be the technology of high priority for the next few years. 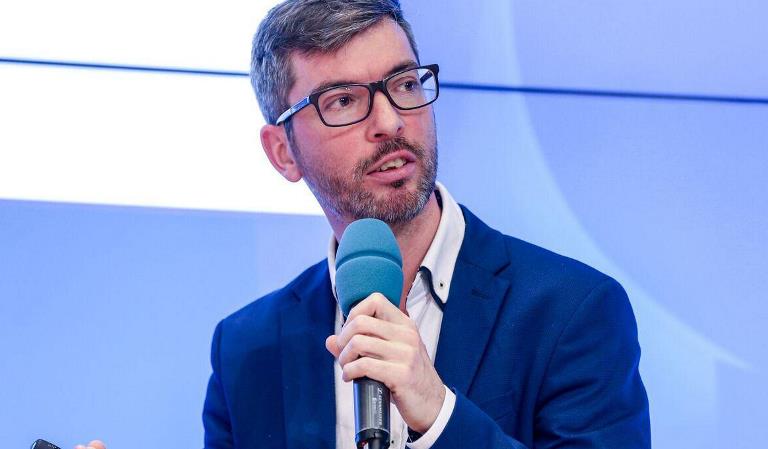 — Today there were questions from the audience about legislative support for technology entrepreneurship. So, should the state be involved in the high-tech sphere? And in what way?

— The question is not whether it should participate, but how it does it. For example, as private shareholders of the TechnoSpark nanotechnology center, we have become a partner of the FIEP, the state development institute. Along with us, it became an investor, opened a credit line and shared our risks. We have not been hired as managers by the Fund, even more it has not said: “Guys, proceed on digging to the fence here”, but it has operated as a partner, investing, not just supporting. After all, an entrepreneur does not need any ‘support’.
Development institutes can become partners of entrepreneurs, trying to find out what type of capital they need and in what form to invest it adequately. In exchange, the entrepreneur assumes a number of responsibilities, including the pace of long-term innovative business development, job creation or indirect contributions to the territories development.

If the government and development institutes encourage the trend of their procedures and processes increasing complexity and do not deny challenging partnerships with entrepreneurs in this context, then such projects will be increasingly successful. Both the state and development institutes have to understand that the worst thing for them to do is making efforts to turn entrepreneurs into salaried managers or officials.