It’s the second consecutive year that the TechnoSpark Group of Companies has been rated second best in the innovative nomination of TechUp 2019, the 8th annual national ratings of Russian fast-growing high-tech companies, that were published by the Russian Venture Company on January 15, 2020. Another company that won great acclaim in the ratings is the Troitsk Engineering Center, which is part of the TechnoSpark Group of Companies. 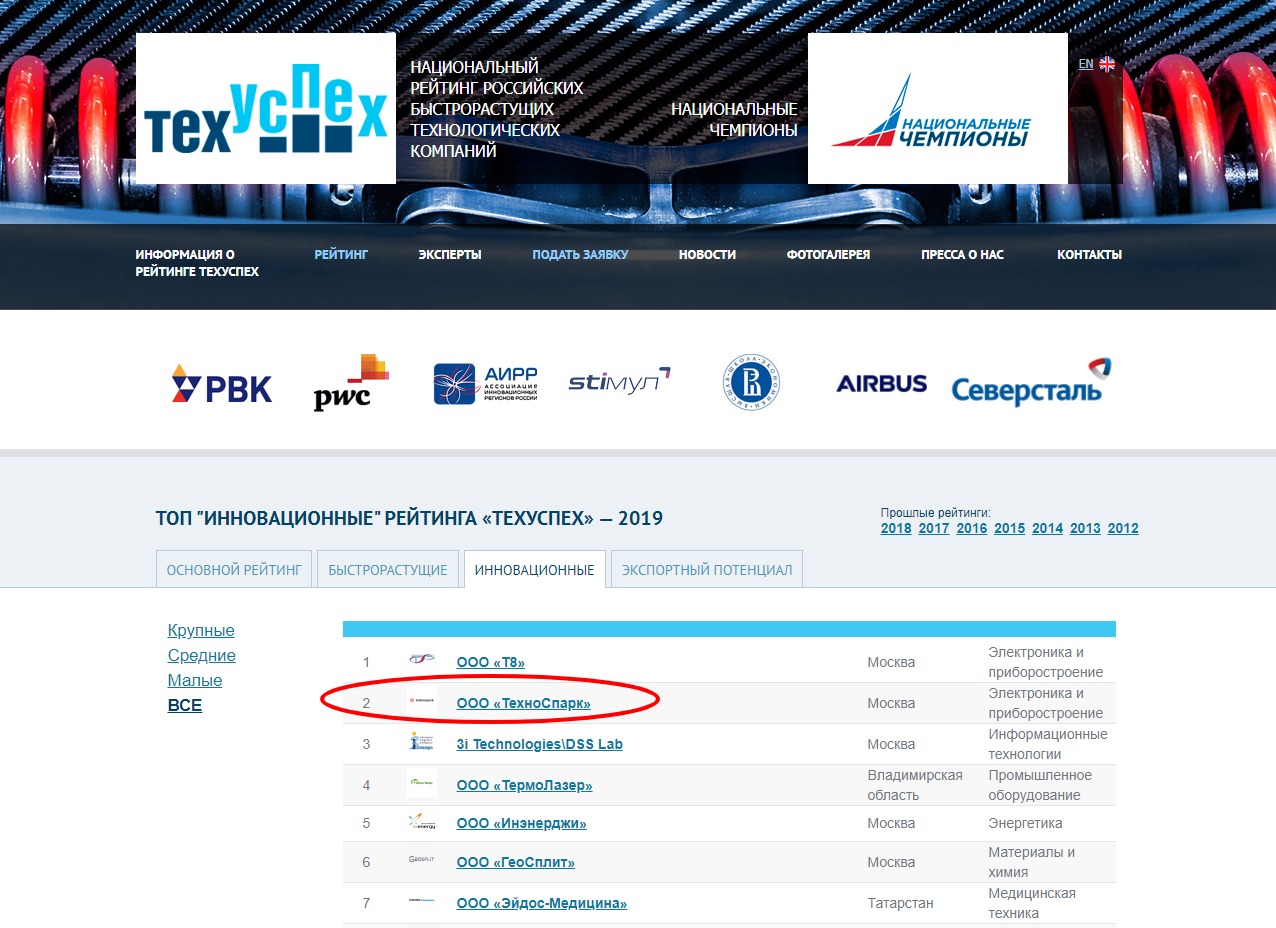 TechnoSpark took the lead as the most innovative enterprise among small businesses, other nominations were won by the T8 Company, a leading Russian producer of wavelength-division multiplexing telecommunications equipment (among medium-sized businesses), and Milandr, a developer and producer of integrated circuits (among large businesses). The indicator of innovation was based on the information the companies provided as it relates to their expenditures on R&D and technological innovation, profits that came from innovative products, as well as expert evaluation.  Calculations used the data for the year of 2018. The TechUp 2018 also put the TechnoSpark Group of Companies among the top innovative businesses.

The Troitsk Engineering Center ended up 11th in the general ratings among 60 small businesses.  The company designs and manufactures high-tech optics, electronics, and analytical instruments.

“The companies that made it to the ratings operate in the front line of technological breakthrough”, pointed out Mikhail Antonov, Deputy General Director for Development of the RVC innovative infrastructure.

In 2019, the TechnoSpark Group of Companies made three times more in profits and created 225 new jobs.

The TechUp ratings have been compiled annually since 2012 and are aimed at the search, monitoring and promotion of up-and-coming and fast-growing companies that have plausible potential for taking the lead both in the Russian and global markets. Participation in the ratings is free of charge and open to the public.

In addition, it’s the fourth consecutive year TechnoSpark has been rated as the country’s most effective technology park by the Association of Clusters and Technology Parks of Russia.