GreeneGene startup (part of the TechnoSpark Group of Companies within the Fund for Infrastructure and Educational Programs of RUSNANO Group) has launched pilot projects of natural turf DNA-diagnostics at Russian football stadiums. The test system detects 70 most dangerous bacteria and fungi on football pitches, park lawns and golf courses.

Although grasses are not susceptible to COVID-19, another kind of epidemic can develop on them: they can get infected during seed transportation, turf transplantation and in case some growth conditions have changed. Apart from being favorable for the lawn grasses growth, the warm humid environment is well suitable for the development of fungi and bacteria which affect the lawn quality in such way that it may be placed under quarantine.

“Our startup is aimed at detecting bacterial and fungal infections at their initial stages, when it is still possible to save the turf. This will help management companies and greenkeepers to avoid extra costs for turf replacement. Sometimes stadium owners have to replace the turf several times a year, including due to phytopathogenic infections,” says Yulia Dolgopolova, TechnoSpark Startup CEO.

Professional sports turf replacement costs to a stadium complex from tens of thousands to millions of rubles and requires to close the stadium for several days. At the beginning of the season, we offer the professional service on microbiological infection monitoring.

GreenGene diagnostic service for natural sports turf is aimed at detecting the composition of phytopathogenic organisms. The diagnostic method called microbial profiling is based on counting the microorganisms using modern genetic technology of Next-Generation Sequencing (NGS) and big data analysis. A two-day analysis reveals 70 most common pathogens, which allows for treating the turf at an early stage instead of replacing it. For comparison, the traditional microbiological culture method takes from 2 to 3 weeks and does not guarantee accurate determination of the original phytopathogenic species composition. 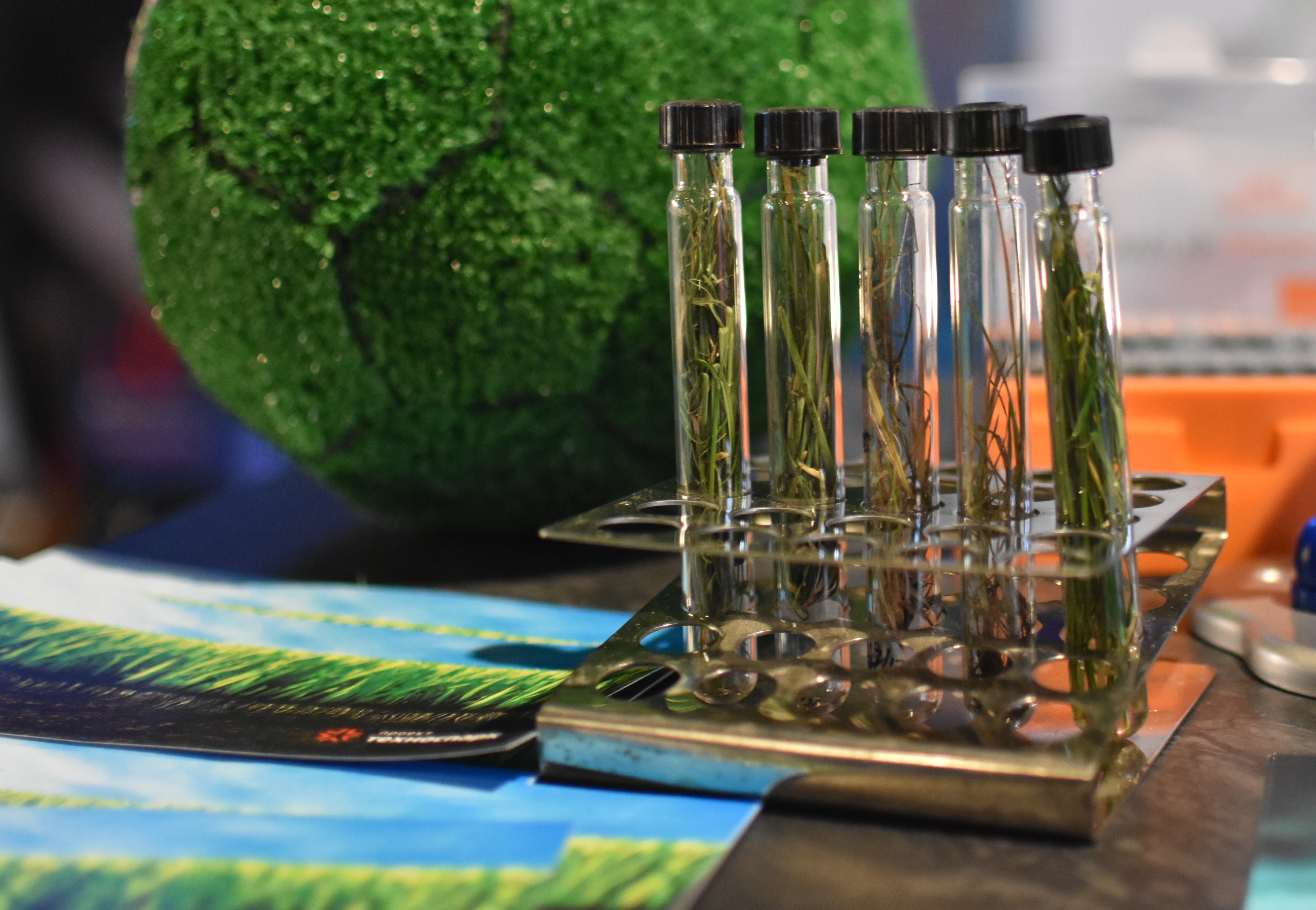 At the laboratory stage, the startup created a pathogen detection scheme and developed the technology to analyze samples of different types, such as soil, plants and seeds. At the moment, GreenGene is forming algorithms for data processing for the pilot projects in the Krasnodar Territory and Moscow.