We offer you a summary of a conversation with one of the warehouse robotics market stakeholders, Oleg Churilov, Director General of RMS Company. The conversation was recorded by RoboTrends editor Alexei Boiko. 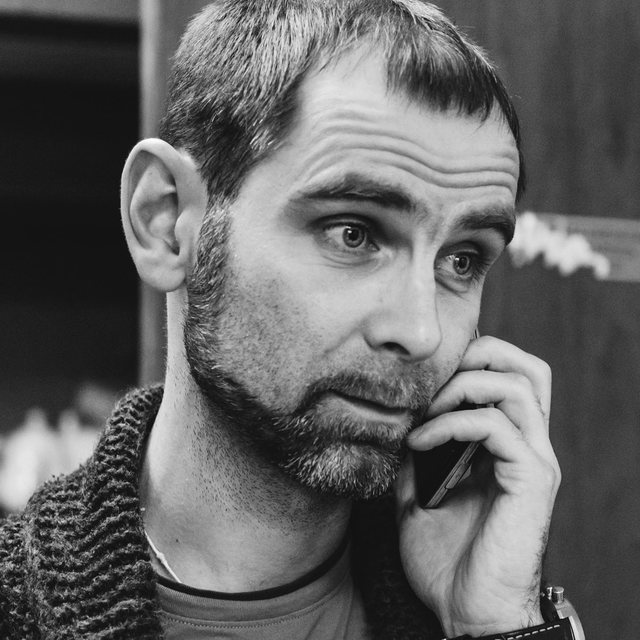 Oleg, tell us about your company.

RMS (Robotics Management System) is a software developing company that works on solutions for controlling the hives of logistic robots. RMS is a part of the TechnoSpark Group of Companies, actively cooperating with Ronavi Robotics famous for its autonomous logistic robots.

Why does Ronavi Robotics need RMS solutions if all the robots produced by the company have their own software?

Ronavi robots do have their own software created by the company. But our scope of competence is managing a hive of robots. Our system can work, for example, with a hundred of platform robots at the same time. It makes a warehouse map, assigns a task to every robot and, when a robot’s charge drops below the set level, sends them to charge automatically. Our system also deals with contingency situations, such as handling the obstacles that prevent the robots from moving along the set route. The main thing the RMS system does is allowing dozens of robots moving within the same warehouse space simultaneously, performing the tasks assigned to them.

The RMS-developed software is middleware between the robots and WMS, warehouse management system.

You have worked with SAP warehouse management software, haven’t you?

Yes, we have integrated some robots into the SAP system. SAP has an ERP platform with a number of modules. It is structured similarly to Russian 1C, consisting of different modules like 1C:Warehouse, 1C:Accounting etc. SAP ERP also has a module for high-tech warehouse facility automation called EWM (Extended Warehouse Management). RMS supports the integration of robots in SAP EWM, which significantly simplifies the warehouse automation with the help of logistic robots.

So, RMS is compatible not only with SAP EWM but also with other warehouse management systems?

This integration has already been done for Ronavi robots. At the moment, Ronavi Robotics is deploying its pilot projects, and we are ensuring integration of the robots into different warehouse programs. In the same way, we can integrate other robots if we get such a request.

Do you cooperate with any other Russian or foreign warehouse robot manufacturers?

We do. We are currently negotiating with several foreign robot manufacturers. As for the Russian ones… Thus far, we haven’t seen any projects in the Russian market that would be ready for stock production and commercialization, except for Ronavi. As for prototypes, there are many of them, which is good.

What does a warehouse robotization begin with?

Our system is special for being based on the module principle. The first thing we make when working with the customer is the imitation module. The module is used to make up the robotized warehouse layout with traffic simulation. It involves a serious mathematical model based on the cargo traffic data of the customer and the parameters of the robots planned to be used; the most efficient spots for the station placement, the number of stations and the number of robots are worked out.

This way, a digital model of the future warehouse is made up. After the introduction of the robots, the same RMS module will be in charge of the immediate control of the robots, and the model will serve as a digital double of the warehouse used to visualise its work and all the processes. This is useful for management decision-making.

The system collects telemetric data from the robots, accumulates the data of the achieved velocities, location of different items around the warehouse at different moments of time. Analyzing this information, one can optimize the further operation of the warehouse, and improve the robot control algorithms.

How are the RMS-controlled robots positioned in space?

Ronavi robots, for example, find their way around with the QR sticker-marks on the floor and the racks.  The stickers ensure the high accuracy of the rack placement, which is closely related to the storage density. The exact reference of the storage units to the unique marks enables the RMS system to find information on the current location of any item or robot at any moment. Every time a robot passes by this or that mark, it reports its status to the system. The warehouse owner can enter the system and without any cameras check the current situation in the virtual map, estimate the free space available and see the location of this or that item.

Why did you choose the centralized approach? Why are all the tray robots controlled from the same server, including such operations as decisions to send the robots to charge?

Architecture choice is a kind of a philosophic question. There are different options to choose from, enhancing the autonomy of the robots or decreasing it. Of course, we are familiar with the approaches of Amazon Robotics, and we know people who wrote the software. At the current warehouse robotization stage we see in Russia, when the number of robots at one warehouse does not exceed 100 units, we believe that a centralized server is the best solution. When there are thousands, tens of thousands of robots, it will be a different thing. Then it will make sense to switch to a decentralized architecture when a part of the route-making functions can be delegated to the own “brain” of the robot.

How do you spend the self-quarantine period at RMS?

In the past several weeks, we have faced a great surge of interest in our work. Just recently we had to prove the rationality of warehouse robotization, emphasizing its efficiency. We are used to hearing standard doubts: how much cheaper would a robotized solution be compared to affordable human labor?

It was hard to argue, as in the economy of the year 2019, robotization expenses would repay in only five or six years, speaking of the direct expenses alone. However, some robotics companies have already started offering their solutions on a subscription basis (RaaS: robots as a service), which is a way of avoiding significant capital investment into robotization. Implementation of a warehouse robotized with the RaaS system causes the operation expenses comparable to those of a non-robotized warehouse. The advantage is no continuous worries about the recruitment and training of staff. Moreover, unlike people, robots don’t take sick leaves and are never lazy.

The epidemic has highlighted it once again that the dependence on people should be decreased as much as possible; the number of warehouse staff should be minimized.

This is why we are getting more and more phone calls, we have more conversations with potential customers. We communicate with the major logistic operators, industrial companies, retailers, large online trading operators.

The specialists are coming to realize that the GTM (goods-to-man) work when a robot takes a rack with goods to the order picker is 5-7 times more efficient than the traditional approach when a man with a tray wanders around the warehouse, picking the goods. A man with a tray can do around 60 picks per hour, while the same man standing at the “order picking station” approached by robots with racks one after another can do up to 450 picks per hour. For online stores, it is extremely important to save time on order picking!

Many of our potential customers are worried about solving the challenge they are facing here and now: handling the demand boom they have had since the self-quarantine regime was introduced. But, as we say, don’t change horses in midstream, so they have other things to do besides process modernization. But as soon as they are done with their current tasks, they will definitely start robotization of their warehouses, and, I assume, we will have many pilot projects to launch.