Ronavi N1500 logistics robot has successfully passed the operation test at a multi-tiered storage equipped with an automated electric stacker. The project took place in August at digital logistics facility of the Gazprom Neft’s Moscow refinery.

Ronavi N1500 robot by Ronavi Robotics (part of the TechnoSpark Group of Companies) is designed for autonomous operation at pallet or shelf storage facilities. The robot is able to transport cargo to and from a fixed order pick-up zone, thus improving the efficiency of a pick-up operator.

Lately, we have been receiving many requests for robot automation of the industrial logistics for such operations as relocation of cargo within production area or to the end product storage the way to exclude any human participation. The robot can take these routine operations off the operator’s hands.

The test scenario at the logistics facility of Gazprom Neft was as follows: the electric stacker retrieved a pallet from the spare parts storage area and delivered it to the intermediate point on the cargo-handling table. Here, a Ronavi N1500 collected and transported the pallet to the final destination in the pick-up zone. RMS system was used to control the robot and ensure MES/WMS integration. 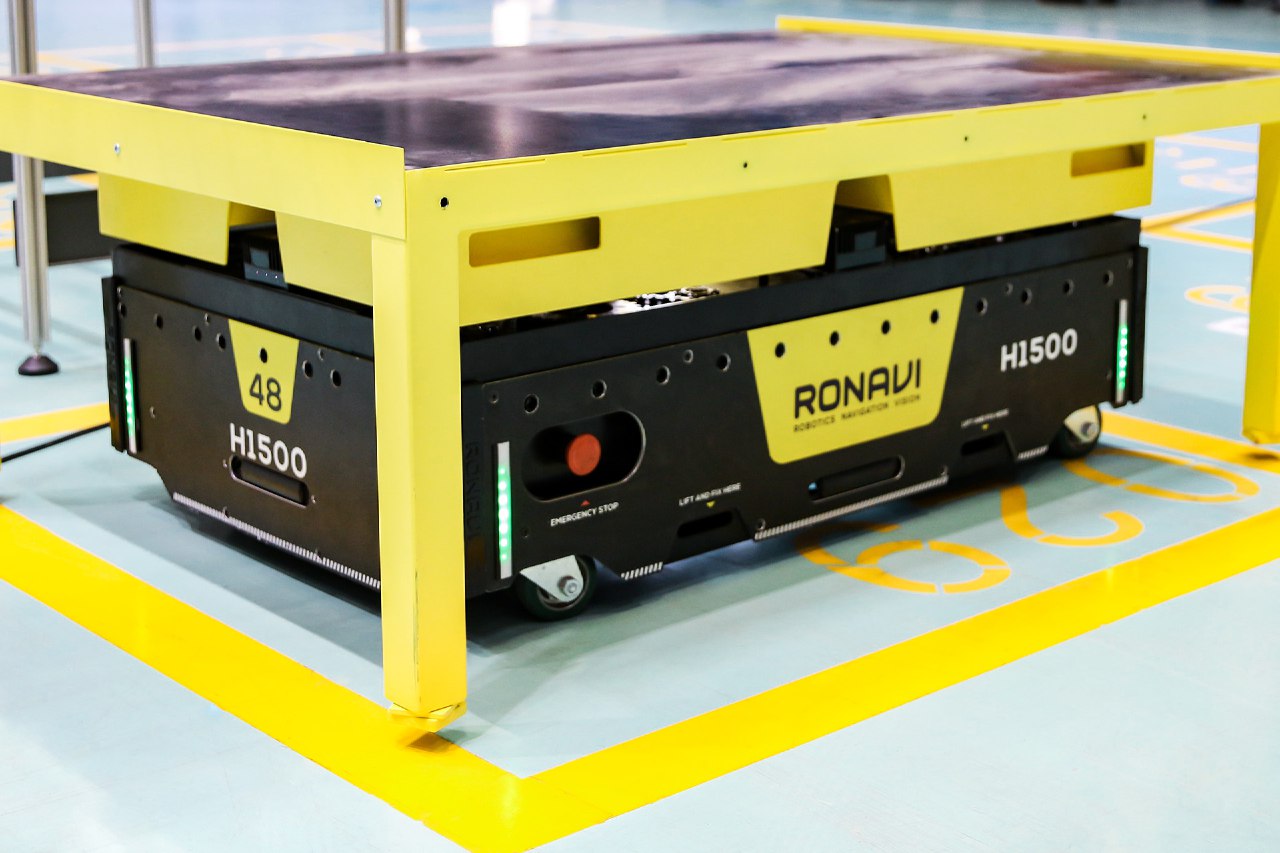 Ronavi Robotics (part of the TechnoSpark Group of Companies within the Fund for Infrastructure and Educational Programs of RUSNANO Group) is the first Russian company developing, manufacturing and selling robots for autonomous operation at warehouses. Batch production of AMR H1500 was launched in 2019 at two production sites: in Troitsk (Moscow) and Eindhoven (Netherlands) at the industrial sites of VDL ETG, one of the largest European engineering companies.