August 26, InMotion (a part of the TechnoSpark group of companies), developing a team sports tracker, carried out a tracker prototype test at the game of the Letniy Dozhdik (Summer Rain) team, held as a part of the Russian Championship (division III).

InMotion trackers were simultaneously transmitting the data on the players’ field position, defining their positions with respect to each other and building personal trajectories. Accurate synchronization was achieved by means of a dual position monitoring system represented by autonomous ultra-wideband and satellite systems.

The InMotion tracking system is being developed in close partnership with the InStat analytics company, a leader in the sports analytics market, working with thousands of customers in football, hockey, basketball and other sports.

Testing went according to plan, and we are satisfied with its results. We succeeded in collecting a lot of data that has to be analyzed and compared with the InStat Fitness system. However, even the test showed significant leapfrog in the exactitude of players positioning that was made by the InMotion sensor prototypes. 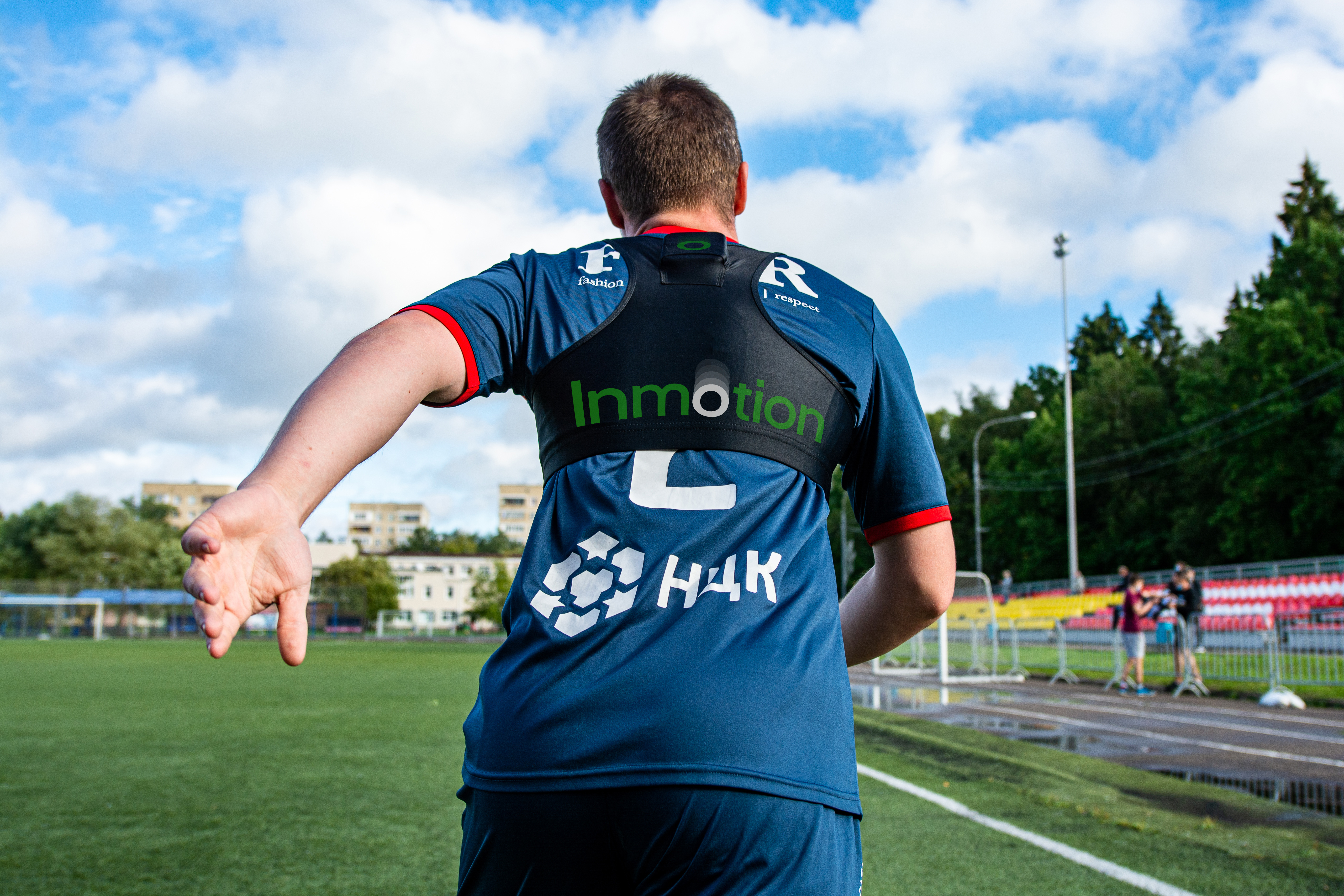 The InMotion tracking system is designed for team sports, such as football, hockey, basketball, footsal, etc. It consists of a wearable sensor and a base station. The sensor transmits a sports player’s field location in real time together with his acceleration, space position, pulse and cardiogram.

Our players did not feel any inconvenience with the tracker. It is easily attached to a shirt-front that fits tightly to the body. Playing an important role, the sensor does not create discomfort, hinder movements or injure in cases of falling or doing martial arts.

The tracking systems of this kind are already used by professional clubs around the world. One InMotion device is planned to cost at least 3 times less than competitors can offer, thereby making professional tracking available to sports schools and lower league teams. InMotion is going to complete the development and launch the tracking system onto the market in 2021.