The pandemic has affected all aspects of people’s everyday life, including the rules of conduct in offices. It seems that the autumn is about to test how viable are the rules elaborated throughout the first wave of COVID-19. As the number of cases grows, the concern of switching to partial quarantine and working from home has reared its head again. In this new reality, we must always be ready to stay home. By way of example, here are some practices that were adopted by businesses of Rusnano Group, Nanolek bio-pharma company and TechnoSpark technology startup companies, which even enhanced their efficiency. 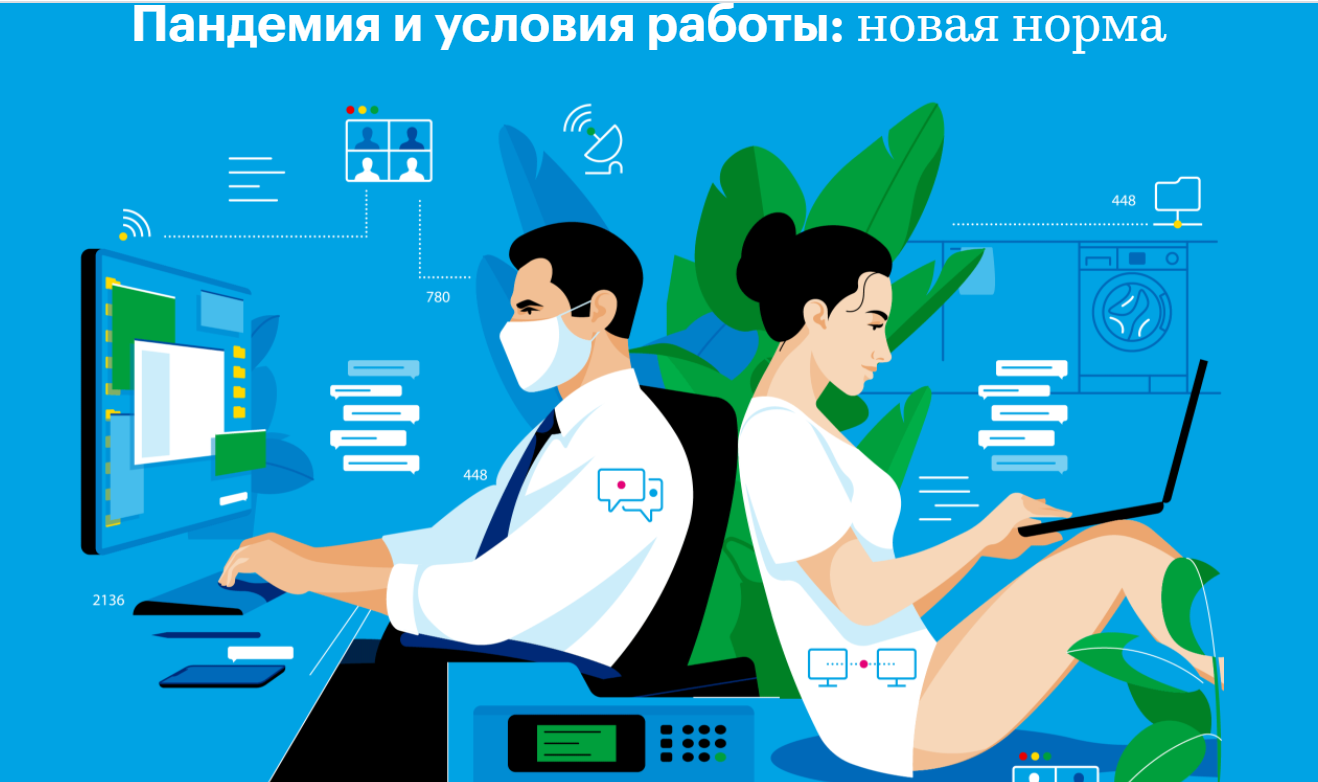 The campus of the TechnoSpark Group of Companies in Troitsk hosts technology startups and contract producers of electronics, composites, metalworking and optics. Stopping and further restarting of these production lines is very complicated and expensive. In March, two conditions were taken as the basis underlying all further decision assessments. The first one was to keep the employees by making TechnoSpark a safe place to the maximum; the other was to keep the business going and, above all, to avoid any outages of the continuous production process. Experience of the foreign colleagues who had already been through the pick of the pandemic – Beijing technology park and High Tech Campus in Eindhoven – helped a lot.

The company organized an epidemiological safety office that was analyzing their experience and transforming it into an action plan.

It turned out that even in the production workshops, some employees could work from home: design engineers, process planners and customer service department, for example. The company procured computers for them and the employees left to work from home.

Space was reorganized for the groups of employees working on different tasks: common corridors were divided by racks, each group got a dedicated area for smoking and eating, separate coolers. The working hours of the shifts were also changed to limit contacts, handling area was relocated, and tens of other minor changes were introduced to the everyday work. When physically distanced, the workers learned to better structure and formulate tasks.

To accelerate the introduction of all the measures needed, we had to speed up the digitalization of our business processes. Now we have almost a digital twin of our production lines, which helped us not to slow down during the most difficult first months, and eventually, we even improved the production rate.

When physically distanced, the workers learned to better structure and formulate tasks.

A dedicated group of workers was formed to monitor compliance with the norms and people’s health and conduct contact tracing.

“The measures are effective: there has been no growth in the virus cases among the company’s employees since the end of April. Thus we decided to continue working in this mode for at least till the next summer”, Oleg Lysak added.

We think that the measures will remain in place in the future. It is a good practice to stay home if your temperature is 37.3, as every year we have a seasonal acute respiratory infection epidemic. People should learn to consider these measures to be a way to improve labor productivity. They not only help to keep business going but also to scale it up quicker.