September 2020, TEN etg contract engineering company (a part of the TechnoSpark group of companies, which operates within the investment network of the Rusnano Group’s Fund for Infrastructure and Educational Programs) has completed reengineering and produced a prototype of a portable video recording telescopic mast for InStat.

The mast makes it possible to record football games from a high visual angle at any stadium; this requires efforts of only one operator. InStat is planning to use the mast at the games of lower league clubs since their sports facilities are not adequate for installing the equipment at a sufficient height. Thanks to the telescopic structure, the mast height is up to ten meters, and, when folded, its length is less than two meters, so it can be easily transported in a passenger car. 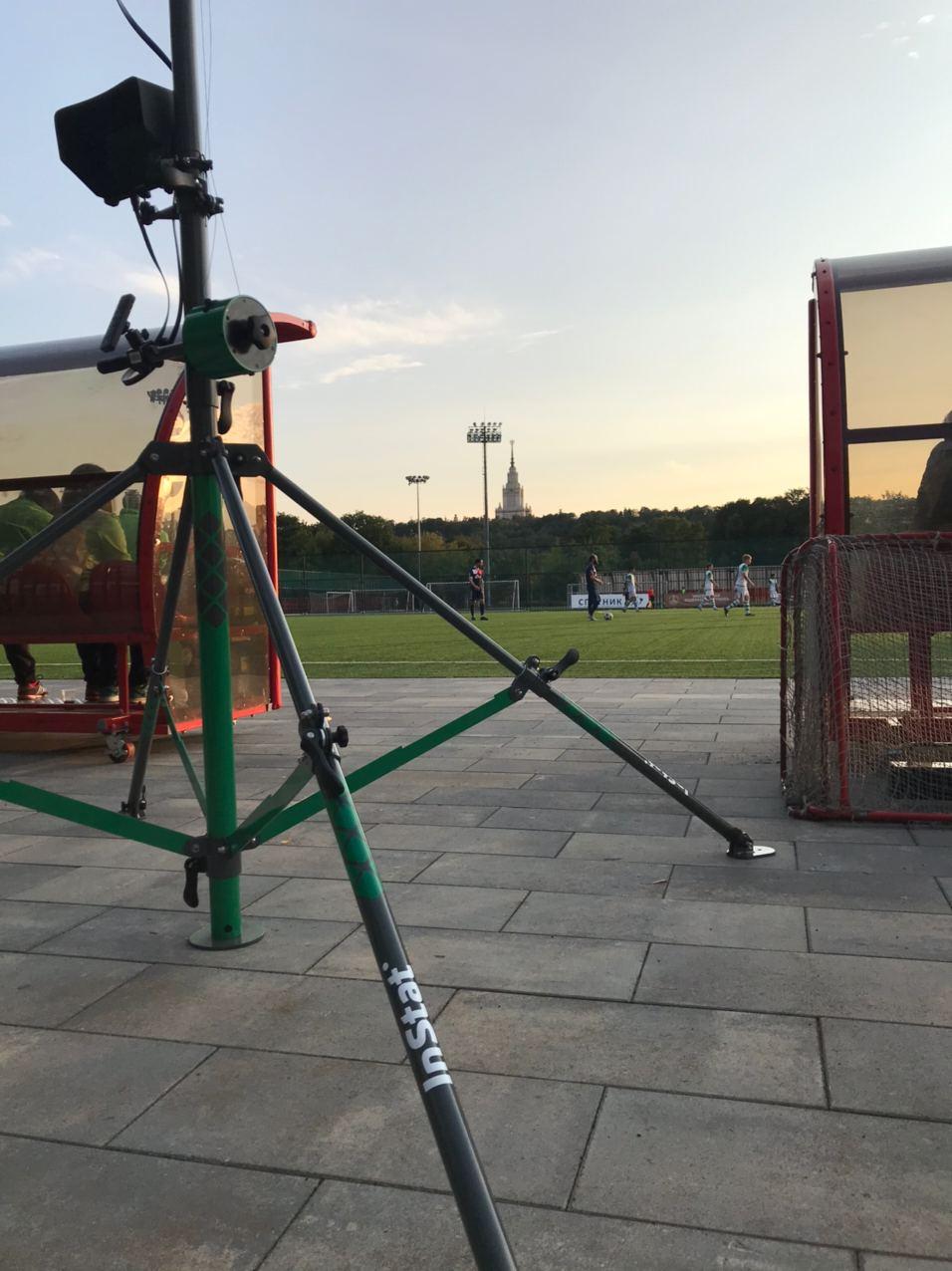 The telescopic supports allow installing the mast on any solid base, including uneven or inclined surfaces. Disposed at the top of the mast, HD camera is controlled by an operator from the ground. The record is transmitted to the analytical center, which is responsible for collecting data to be used in further statistics reports.

By means of contract engineering, we have got a portable, reasonably priced and particularly useful device that will facilitate the work of the InStat analysts and allow broadcasting from any stadium. We have created a prototype using our own resources, but in order to make it a full-featured and mass-produced product, a qualified developer was required. Having applied inexpensive and proven solutions, TEN etg created a well-arranged, reliable and convenient structure. With the easy-to-clamp mechanism, the operator can assemble and disassemble the mast in a short time.

The TEN etg mast reengineering was conducted in cooperation with the Industrial Design Factory – TEN design. TEN etg design engineers analyzed the prototype, created a 3D model considering the customer requirements, designed and successfully tested the experimental and preproduction articles. The preproduction article was handed over to the customer along with the model and design documentation, according to which five masts have already been manufactured.

InStat, a Russian company, is the world leader in the sports analytics market. InStat works with thousands of customers in football, hockey, basketball and other sports. The company is also engaged in digital scouting and sports broadcasts.