The construction of Russia’s first flexible solar cell plant for power generation is entering a new stage, an equipment installation. The construction is held by Solartek. The key assembly of the Midsummer production line was delivered to Saransk, to the site at the Nanotechnology and Nanomaterials Center of the Republic of Mordovia of the investment network of RUSNANO Group’s Fund for Infrastructure and Educational Programs (FIEP).

Solartek from the TechnoSpark Group, the Nanocenter of Mordovia, and the Swedish Midsummer company agreed on the localization of thin-film photovoltaics production in Russia at the end of 2019. The products will enter the Russian market under the SteelSun brand. One of the two most widespread technologies in the world—CIGS, which is based on Copper Indium Gallium Di-Selenide, will be used in the production of flexible solar panels. Solar cells are designed for integration into roofing materials and building facades. The design capacity of the production will be 10 MW per year. The launch of the production’s first stage is scheduled for the end of 2021. 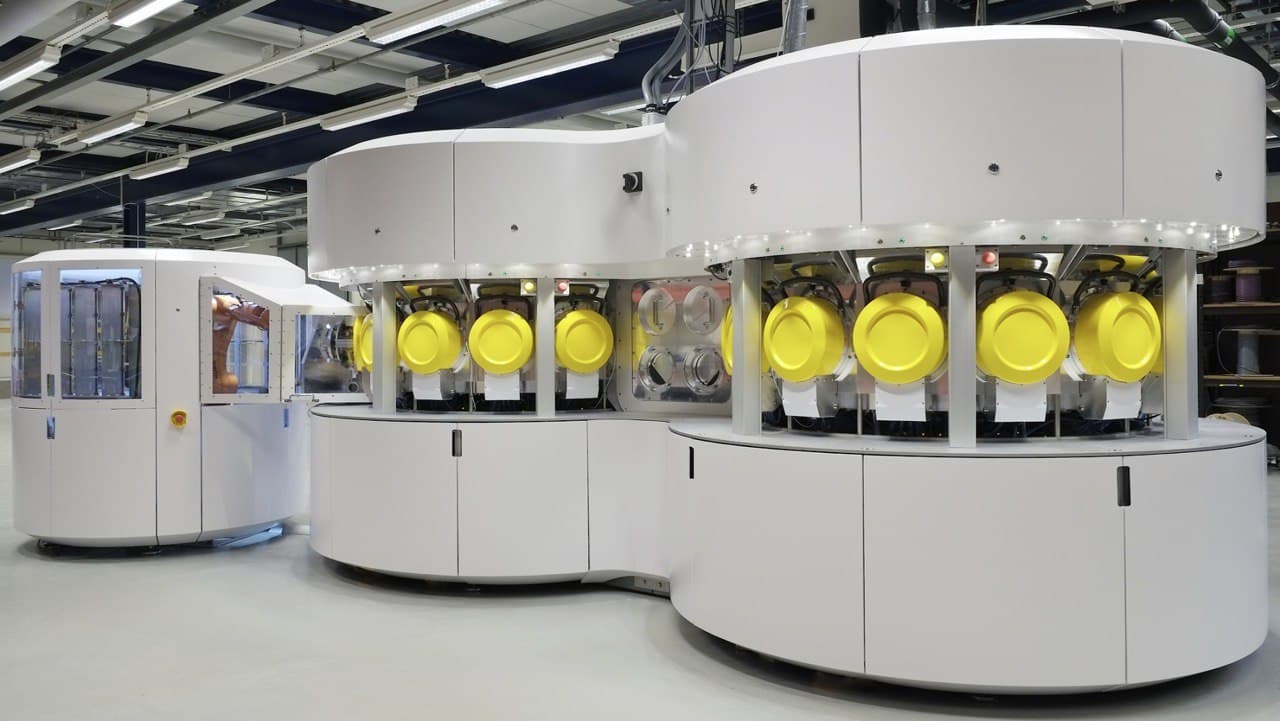 For testing purposes, the new machine produced about a thousand cells, confirming the stated equipment performance and solar cell efficiency, which was at the planned level of 15%.

Solartek company develops industrial technologies for integrating flexible solar modules into roofs and windows to simplify and improve the efficiency of “on-site solar power plants”. The company focuses on the technologies that integrate flexible modules into roll roofing material, shingles, metal sheets, windows, and facing panels. The plant in Saransk will start its own production of flexible solar cells. As part of its research activities, the Solartek R&D Center will deeply upgrade the Swedish photovoltaic technology to improve its efficiency and reduce the cost of the final product.

Midsummer is the Swedish solar energy technology leader, one of the world’s leading developers and suppliers of advanced flexible solar cells integrated solutions. The process of flexible solar cell production using Midsummer’s technology makes for minimal carbon footprint in comparison to other technologies used in solar module production, which has been confirmed by life-cycle analyses carried out by independent experts. The SteelSun plant is assumed to become a supplier of light flexible photocells, modules and final products not only in our country, but also abroad, including with the support of Midsummer, which has declared its interest in the distribution of solar modules produced in Russia.

Flexible photovoltaics, including those integrated into structural elements of buildings and structures, is a rapidly developing market all over the world. Its volume will increase from $6.2 billion in 2019 to almost $10.0 billion in 2024. The average annual revenue growth rate in the thin-film solar cell segment will grow up to 9.8 %. Such estimates are reported by the analytical company Energias Market Research.