BeerGenomics Has Increased Sales by 8 Times in 2021

In 2021, the BeerGenomics biotechnology startup (part of the TechnoSpark group of companies of the FIOP investment network of the Rusnano group) has significantly increased the volume of liquid yeast sales. It has also entered the b2c market, opened a branch office in Saint Petersburg and developed a food additive that helps to speed up beer production.

In 2021, BeerGenomics has completed over 270 orders. Over 1,500 tonnes of beer have been brewed with the company’s yeast, and the revenue has grown by 8 times compared to the last year. The geography of orders has been expanded significantly—the Far East and Belarus are among the regions to which BeerGenomics has supplied yeast for the first time in 2021.

“For us, 2021 has been a year of scaling in many areas: an increased revenue, a new product and sales segment, new partners and supply cities. The goal for the next year is to maximize the potential of our capacities both in Moscow and Saint Petersburg in order to increase the number and volumes of orders”.

At the beginning of the year, BeerGenomics worked exclusively in the b2b segment, making yeast and conducting genetic tests for craft breweries. However, at the Beviale Moscow exhibition in March, the company presented a product for the end-customer—yeast in a small capsule for home brewers, which allows to obtain up to 30 liters of the drink. Thus, amateur brewers were able to brew beer with liquid yeast instead of dry yeast, associated primarily with professional brewing, while the company’s product can be easily bought on the website beergenomics.ru or in the online store mirbeer.ru. 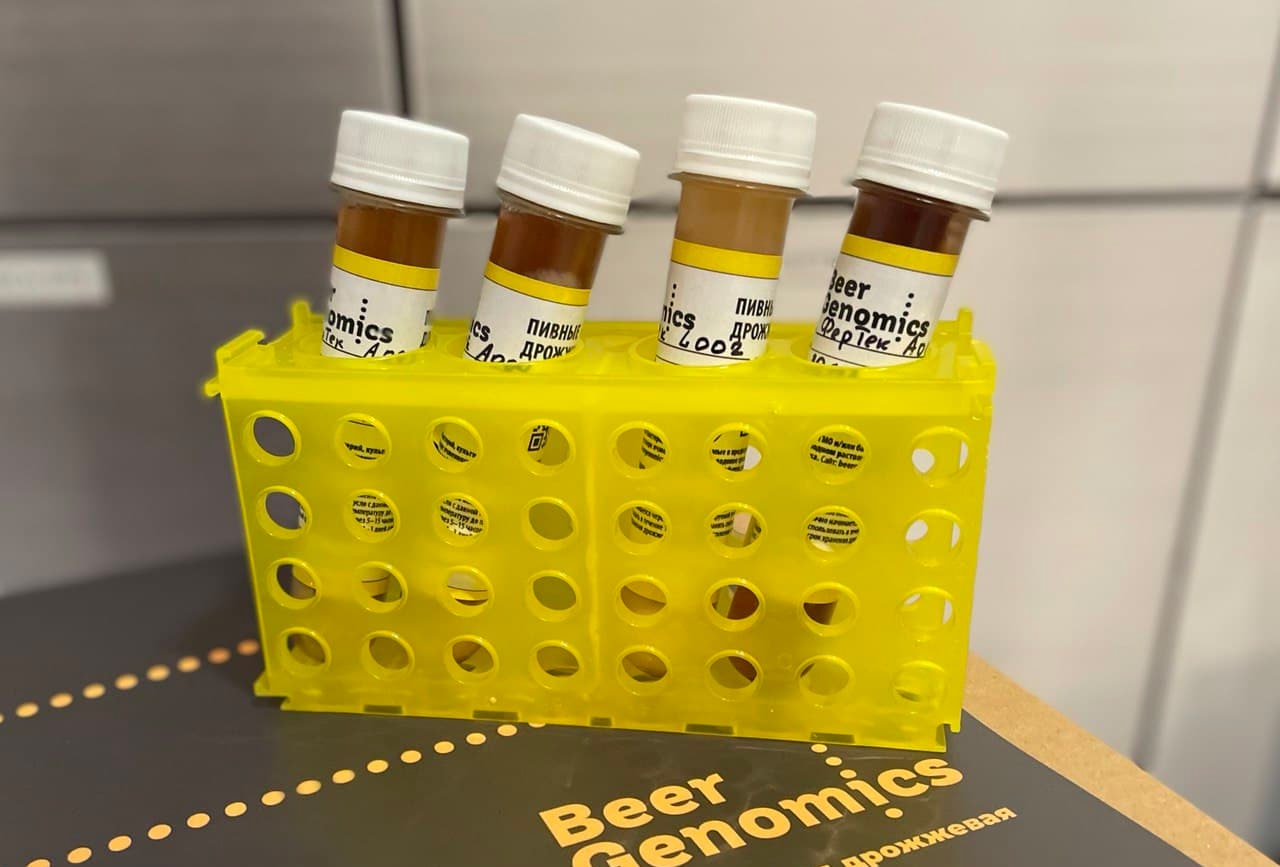 In August, BeerGenomics opened a branch in Saint Petersburg, which made it possible to speed up the fulfillment of orders from the north-western regions of Russia and interact more efficiently with breweries in Saint Petersburg and in the Leningrad Region. For 5 months of its existence, the branch has increased its productivity by 6 times and doubled the collection of strains, which now contains more than 50 items.

BeerGenomics has also updated production equipment this year, providing the potential for a 10-fold increase in production volume. In addition to collaborating with bloggers, BeerGenomics has also held production tours and participated in online courses at several “brewing schools” as an expert. In its social media accounts, the company shared its experience and talked, among other things, about how to use the achievements of genetics in brewing.